Renowned hairdresser and salon owner Andrew Collinge is asking politicians to support fellow hairdressers and the hair and beauty industry by launching the ‘save our salons’ campaign in the UK. Collinge has written to his local MP in Hoylake, UK, explaining why the future of the industry is in doubt and what needs to be done to protect it. Collinge is concerned that without action the sector could be severely affected. A survey from December last year conducted by the National Hair and Beauty Foundation states that: “Of 5000 salons (UK), 62% were unsure if their businesses would survive past the end of the financial year”. “18% were certain that they would close before then”. Collinge has said that “Costs such as rent, insurance, admin wages, employer National Insurance and pension contributions continue to be paid whilst no income is coming in. Even those businesses that had a cash reserve for unforeseen circumstances can survive only for so long.”

Alexis DeSalva, a senior analyst of retail and e-commerce at Mintel in Chicago has said “Beauty retail sales were well positioned for growth before COVID-19, however, the pandemic caused immediate disruption to the beauty retail landscape as well as consumers’ lives and, consequently, their beauty routines.” There has also been a steep decline in makeup and cosmetic purchases, as customers being at home for the vast amount of the year and no longer wearing makeup has led to a decrease in sales. For the hair and beauty industry to rebound in the spring, the introduction of frequent rapid testing will be imperative. frequently testing staff within the workplace can ensure the safety of customers who will feel more confident in contact with hair and beauty professionals, whilst breaking transmission. As well as this, customers can be quickly tested before entering the salon, receiving results within 20 minutes, to ensure they are not contributing to the spreading of the virus, further disrupting transmission and greatly reducing risk to safety.

This will allow salons and other beauty infrastructures to offer their services to the public, allowing their businesses to function and therefore begin to recover from the impact of Covid. Regular rapid mass testing will help facilitate a more significant opening of other large industries such as infrastructure engineering, rail travel, entertainment, hospitality, manufacturing, and retail, among many more. By testing staff regularly in industry with rapid results, consumers and employees can feel safe returning to these environments and employers can have greater certainty on working hours, capacity and avoid further disruption. The UK has led the way with its “test to suppress” multi billion pound Moonshots programme, announced by Prime Minister Boris Johnson, including the beginning of mass testing in education with teachers and staff in secondary schools beginning self-testing during February with primary schools following shortly after. In guidance from Public Health England, school staff have been asked to use lateral flow tests twice a week to ensure they are COVID free, with other nations expected to follow as they try to identify new variants and strains of the virus so that they are able to reduce the need for future likelihood and closures in education.

The key benefit of these lateral flow antigen tests is their ability to identify asymptomatic carriers of the virus and prevent transmission at the earliest point. This has become even more vital due to the ability for the virus to mutate to become more infectious as we have seen in the UK (Kent), South Africa and Brazil. The World Nano Foundation and pandemic experts say regular use of inexpensive mass lateral flow rapid antigen test kits is the way to beat COVID-19, its variants, and future viruses. The adoption of rapid mass testing across populations can help pinpoint cases of the virus, reducing the likelihood of transmission and allowing those in education to feel more secure when returning to busy schools and universities, as well as allowing education professionals to deliver the highest standard of teaching once again. As vaccination quickens across the board, the next prize is to get the world’s economies moving, with mass frequent testing as the key, using the mantra ‘test to suppress’, and as an early warning system to protect against new strains and future outbreaks.

These simple-to-manufacture rapid tests have shown a thousand-fold increase in the effectiveness and accuracy of testing with this technology. The kits can produce a positive result even when there are fewer antigens to the virus in the sample – vital for finding asymptomatic individuals and ‘super-spreaders’. In what many believe was a game changer in preventing lockdowns, in communities and workplaces lateral flow rapid test kits (LFTs) have been mobilised now for door-to-door delivery  – the UK government has secured more than 400 million of these kits – for its “Test to Suppress” strategy as well as to address fears that the South African variant had broken out in areas of the country. Many other countries, including the US, Canada, Japan, France, Hungary as well as industries including entertainment, aviation, travel and energy to name but a few are now adopting this regular rapid testing strategy.

Innova Medical – the world’s largest manufacturer of rapid lateral flow antigen tests is ramping up to 50 million a day by the spring  – has also confirmed that its COVID-19 product is effective in detecting variant strains such as the British (Kent), South African, and Brazilian variants, which appear more contagious than the earlier strains. “As these dangerous strains show signs of increased transmissibility across communities, the global effort to eliminate COVID-19 requires frequent, comprehensive and equitable testing that can detect these emerging strains,” said Daniel Elliott, President and CEO of Innova Medical Group. He said the virus continues to morph its genetic ribonucleic acid (RNA) to generate new and potentially more contagious variants, but Innova’s antigen test is effective because it looks for multiple proteins in the virus. Workplace and community rapid mass testing is already starting to take place to keep economies moving and the entertainment and sports industries are said to be looking at a ‘day pass’ testing approach using LFT kits, in the same way that temperature checks were made on people using restaurants and pubs between lockdowns.A trial is already under way in France using a music theatre to give day pass security so that people can start attending mass events again.

He said this allows immediate self-isolation and individuals can also quickly advise their contacts so, “within a few hours, a local outbreak can be detected. This can’t be done with the swab (PCR) tests” adding that LFTs “detect people with high viral loads…the very people who are infectious.” The World Nano Foundation (WNF) promotes healthcare technology and predicts that mass testing is central to future pandemic protection. The not-for-profit organisation’s Co-founder Paul Sheedy said: “Our research shows how healthcare diagnostics technology will shift dramatically to a more decentralised community early intervention model, against potential epidemics and pandemics.

“Our own COVIDlytics™ modelling shows that an intensive front line ‘Test to Suppress’ campaign using rapid test kits available to the individual will allow early detection and immediate isolation, reducing the need for lockdowns.

“And our simulation maps how consecutive daily tests for three days can rapidly identify and isolate infectious people. Weekly testing can then sustain a low infection rate even in a large population.

“A key point previously missed by some experts is that high quality rapid lateral flow tests are not for people who already think they have COVID-19; it’s about everyone else testing frequently to check they are not infectious.

“Rapid community testing is simpler, faster, cheaper, more effective and mobilises everyone to help themselves, their relatives, friends, and colleagues, to keep everyone safe.

“With the work that we do, we know that there are even more exciting technologies on the way that will be central to the world’s fight for pandemic protection and future healthcare.

“We have already seen the danger from not being on our guard against renewed viral threats. Spanish Flu struck in 1918, killing up to 50 million people in four waves, the last two being most deadly because public health warnings were not adhered to.” 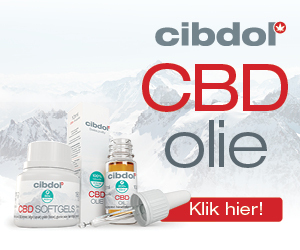 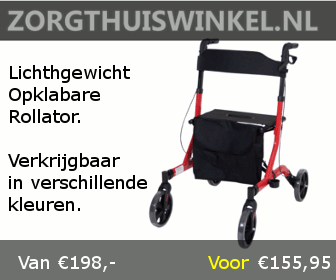